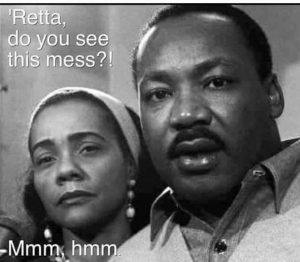 This post is long and a long time coming, and I apologize for both. If you don’t follow us on our Facebook page, you should definitely make that happen…and you’ve probably been wondering what happened to our grand opening and, more importantly, why you haven’t been able to order any food! Let’s start at the beginning…

In April 2017, we found out from the Desoto Chamber of Commerce that the City of Desoto was soliciting small business owners from all over DFW to participate in a “Pitch Day” event for a spot in a new program the city was pioneering that would give new small business owners a shot at success and give the city a shot at being a worthwhile place to live and visit. Initially, we were led to believe that it was for new small business owners, including entrepreneurs who had a business idea but hadn’t actually started the business. Eventually, we discovered there was more than a little gray area when it came to who was allowed to participate and what the actual criteria were…. but stick a pin in that and we’ll come back to it later.

Anyone who lives in Desoto knows what we know after living here for 12 years: there are more interesting places to be in DFW with better food to enjoy and more things to do. If you live in Desoto, you leave frequently; you leave to eat, you leave to shop, you leave to be entertained, and sometimes you don’t even go very far. Cedar Hill is less than 5 miles away and we can do all the aforementioned there. Ditto for Duncanville. Desoto desires to make being in Desoto better than being in Cedar Hill and Duncanville and keep more of our people–and their dollars– in the city. This small business incubator seemed like a step in the right direction. The small business owners who chose to participate saw it as a win-win: the city becomes the place to be and live and “new” small business owners get a program that is aimed at helping them run a successful business PLUS an affordable lease space with utilities and internet included. The premise was it would be like an outdoor mall with a wide variety of shops, foods, and activities to entice large numbers of people to hang out and spend time (and money). And the rent was very reasonable, especially if the small business owner happened to be a restaurant or food concept. If you’ve never tried to do it, it’s not common knowledge that finding an affordable restaurant space for lease in a decent area is next to impossible. Much easier is finding an affordable retail space for lease; those are abundant. The alternative to finding an existing restaurant space is turning a retail space into a restaurant…which costs tens of thousands of dollars before you even start buying equipment! This “Grow Desoto” building, as it came to be known, seemed like the answer to our prayers!

In April 2017, when the Pitch Day signup started (which wasn’t free, might I add), the advertised open date for this concept was July 1, 2017. We’d already spent the beginning of 2017 generating buzz and interest in our food and the only remaining step was to find and open a location for people to come to, so we were willing to jump through the “Pitch Day” hoops if it meant finally having our own spot. We discovered, several hundred dollars and several hours of time invested later, that anyone who signed up got in the incubator and it didn’t matter how good or bad their pitch was or how good or bad their business idea was. It didn’t matter if they had a following, business experience, or had just thought up their business model the day before– everybody. got. in. Some folks didn’t even have to do a pitch; they just had to know the right person to give money to and skip to the head of the line. Finding out these little tidbits after being told there were only a limited number of spots available and only the best pitches would get a shot at one was a foreshadowing of what was to come. This was one of many red flags that we foolishly ignored.

Y’all we’ve been dealing with alternative facts, broken promises, and missed completion dates concerning the opening of the space that we were to rent since July 1, 2017 came and went. In all honesty, we knew the July 1st date was a fairy tale when the Pitch Day event came in June and we saw what the inside of the building looked like. We were willing to overlook what we thought was timeline embellishment at that point in the resulting debacle but we should have seen the neon “turn back” sign for what it was. I’m all for optimism y’all but it’s a fine line between “optimistic” and “delusional”. There were so many red flags popping up concerning this project that all I could see was red for months. We ran into so many brick walls and were fed so much misinformation and encountered so many people who had their hands out for the city’s money who weren’t even actually involved in the project that we felt like we were swept up in a vortex of ineptitude. And don’t think we just sat back with popcorn and cool drinks waiting to see how the end of the show would turn out; we were busting our butts the entire time trying to find a spot outside of the incubator by retaining a commercial real estate agent to help us find what we needed. That process killed all our hopes and dreams for the reasons I described in the paragraph before last and we ended up giving up on that.

Every month the timeframe to open was extended another month. By the time we got from August 2017 to October 2017, we had already decided they should have just said January 2018 back in April and saved us all a lot of heartache. By November 2017, they finally said January 2018. In December 2017, after we had started trying to raise money for what we felt was a realistic January 2018 open, they then got a project manager (the first and only ever) who told us it would actually be February 15th. By February 22nd, that date had been changed to “May or June”. That day we decided you could stick a fork in us because we were soooo done. By March 5th, we were trying to get our security deposit back and chucking the deuces. It’s June 5th and the building looks the same as it did in February with the exception of having a sign on it now. Assuming you didn’t miss that little tidbit about the project manager coming onboard in January 2018, you’re probably wondering how anyone could hope to launch a construction project of the magnitude they were without having a project manager for almost a year. Believe me, this question went unanswered… along with many others.

I’ve greatly condensed a year’s worth of worry and woe into as few paragraphs as possible and glossed over the lies, the stalling, the mismanagement, the obfuscation, the “where’s the money” 3-card Monty (wink), aaaand the equipment merry-go-round. “All the equipment is going to be provided”…”No, some of the equipment is going to be provided”… really, is any equipment going to be provided? For the sake of brevity, I left out how the Desoto Economic Development Corporation was involved with the initiative in the beginning but seemed to divorce themselves from the entire situation around the time their CEO grew concerned about how the entire project was being handled and suddenly resigned. This was, of course, kept very hush-hush from those of us participating in the project. You know, the small businesses who were supposedly the entire reason for the project. The small business owners, without whom there would actually be no Grow Desoto, were kept in the dark about most everything, most of the time, and the only source of any information ever was provided by the owner of Options Realty– the entity that owns the building where Grow Desoto will be housed. I’ve skipped over how it seemed like a monumental conflict of interest to have the owner of the building be in charge of the entire project AND the renovation of the building AND the purchasing of EVERYTHING. In fact, the only thing I know for sure is that one person got paid as a result of all of this and that’s the owner of the entity that owns the building where Grow Desoto will someday be. It goes without saying how it would seem as though the fox was left to guard the henhouse… but I said it anyway.

It’s not the city’s fault. We had to deal directly more than once with the owner of the realty company and each experience led us to the conclusion that he was an egotistical charlatan. It was he who repeatedly promised completion and grand opening dates that were always missed. Almost a full year since the first promised opening date and we have nothing to show for our patience and commitment or for the patience and commitment of our customers. The realty company owner was in over his head but would never do more than make excuses, and when that didn’t work, he would feign righteous indignation at our lack of appreciation for all of his hard work and/or our lack of understanding how complicated the construction process is. The closest he ever came to admitting he had no idea what he was doing was when he would say “this is the first time anything like this has ever been done”.

Our dream from the beginning was to give Desoto, the community we call home, a place to get delicious, made-from-scratch, made-with-love soul food without having to leave Desoto; hell, without even having to leave home because we deliver! Gas is high and ain’t nobody trying to drive 15+ miles just to get dinner! We hate doing it and we thought we could make a difference so our neighbors didn’t have to. All we wanted from the start was honesty, forthrightness, and the smallest attempt at transparency. What we got was a lesson in how to fail successfully. We’re sorry that we couldn’t see this project through but we lost patience and trust, so we won’t be in the Grow Desoto building when it finally opens. We don’t know what your food options will be aside from tamales, vegan food, and baked goods. As of our last involvement, we and Couch Potato had both dropped out of the program. We wish all the current remaining participants much success because they deserve to have their patience rewarded. We have not been deterred from our dream, we’ll just have to figure out how to make it happen on our own. We will soon let you know when you can start ordering online again and I can assure you that the next time we announce we’re opening, you’ll be able to bet money on it happening!

Lukes' Soul Food Cafe is a family-owned catering business specializing in the delivery of authentic, made-from-scratch ​southern soul food dishes like fried chicken, fried catfish, greens, and macaroni and cheese. You can order online for home or workplace delivery. Our goal is to give you delicious home-cooking with good seasoning and flavor at a good value.